Digitalisation is bringing about a profound change for local public transport companies. Operational procedures and processes must be redefined and reorganised. Information technology (IT) plays a central role in the digitalisation of processes. Whether in operational planning, entire processes or individual procedures – IT can do more than just provide support; it contributes significantly to increase the efficiency of the entire operation. It also creates the necessary basis for successful customer orientation – the key to increasing the attractiveness of public transport. The following topics provide an overview of technologies that enable digitalisation in public transport and how TRONTEQ supports you in implementing them.

The Standard for Modern Data Networks

The backbone of modern IT is communication between IT applications, i.e. data exchange. It should be fast, efficient and standardised. In addition, networking of a large number of participants from different locations is a matter of course nowadays.

In order to meet the requirements of such complex data networks, a network standard has become established in recent decades: IEEE802.3, also known as Ethernet. It is particularly convincing in terms of robustness, scalability, bandwidth and degree of standardisation. Standardisation does not only mean specification of the transmission, but also a wide range of connectors, cables and devices that are all compatible with each other.

A network is a connection of several devices that share the same infrastructure and resources and communicate via the network protocol. The communication takes place in several layers. The OSI (Open Systems Interconnection) model illustrates this layer division and defines seven layers.

In order to keep the data transmission largely error-free, the data is divided into blocks. Such data blocks are also called (Ethernet) frames. The MAC (Media Access Control) is also assigned to Layer 2; the user is familiar with this as the ‘MAC address’. This address is used to address the network participants on Layer 2. A MAC address is unique worldwide and is often attached to the device and used for device identification. 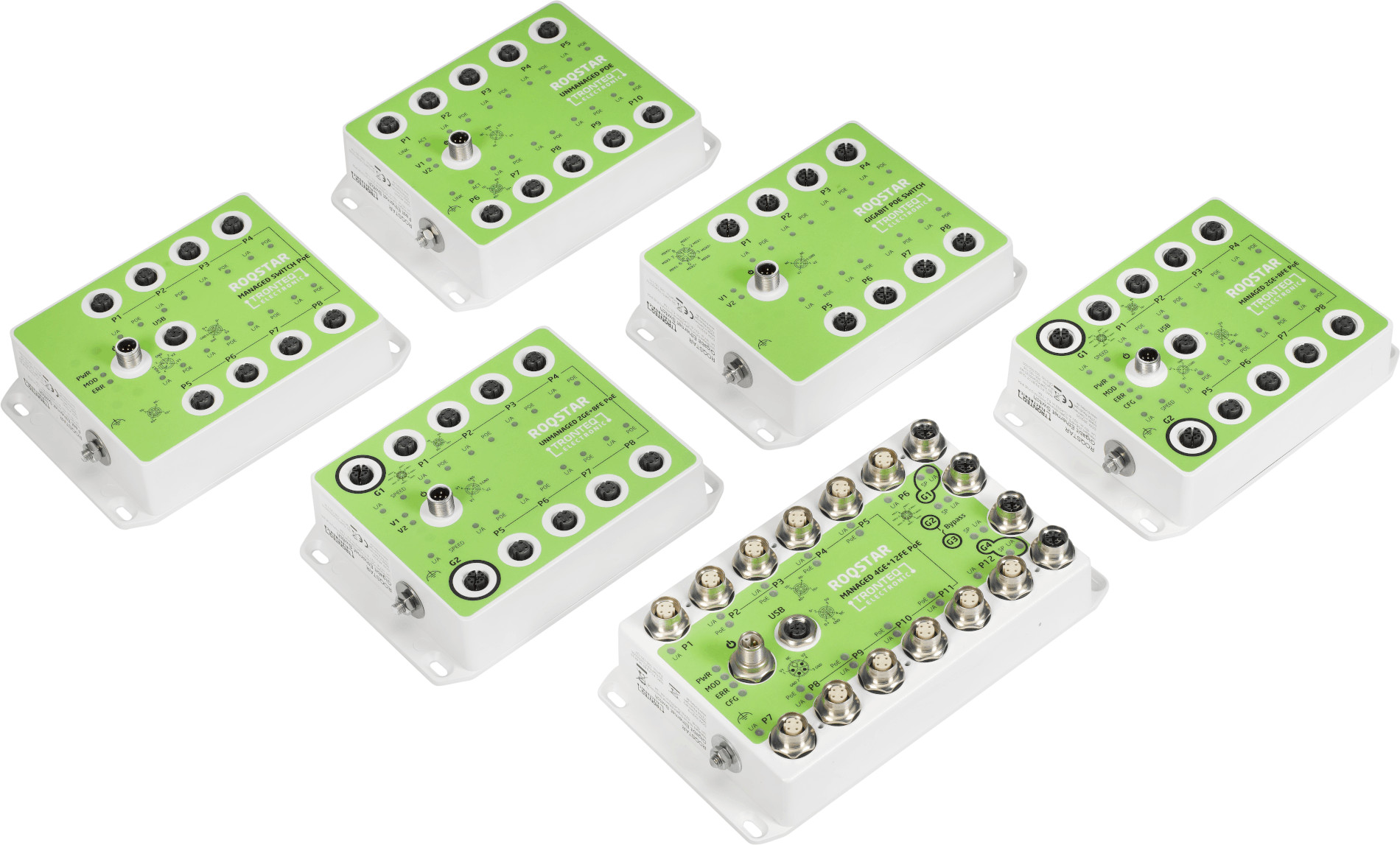 The Ethernet Switch as a Mediator in Device Communication

A Layer 2 Ethernet switch connects the network nodes on Layer 1 and ensures that the data on Layer 2 is transmitted without errors. An Ethernet switch is therefore to be understood as an intermediary. Its primary task is to receive data frames at a port, read the destination MAC address in the frame and forward the frame to the correct port. To do this, the switch stores the entire frame internally and forwards it only after determining the destination. This technology is also known as ‘store and forward’.

How Fast Ethernet and Gigabit Switches Send and Receive Data

In modern switches, this type of processing happens directly in the hardware. The processing time takes place in the nanosecond range, so the resulting delay (latency) is usually negligible for most applications (µs/ms range). The most common transmission speeds are data bit rates of 100Mbit/s (Fast Ethernet) and 1Gbit/s (Gigabit). Both Fast Ethernet and Gigabit Ethernet support full-duplex transmission. This means that data is sent and received in both directions at the same time. Fast Ethernet uses one twisted pair each for sending (TX) and receiving (RX) and thus a total of four wires. Gigabit Ethernet uses four twisted pairs and thus eight wires. With Gigabit Ethernet, each pair is used bidirectionally. 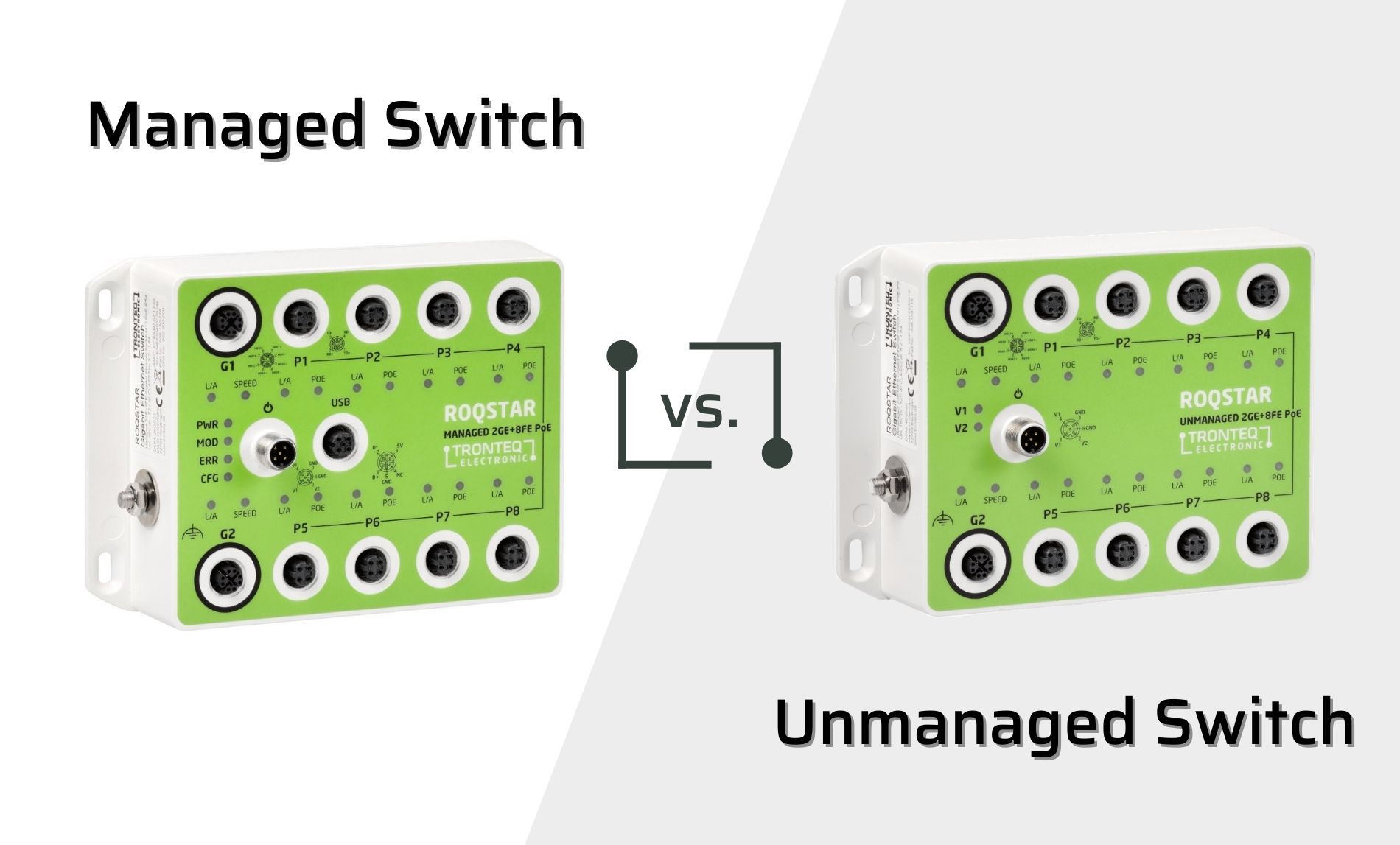 What is the Difference between Managed and Unmanaged Switches?

Basically, switches differ in their number of ports and in unmanaged or managed types. Intelligent managed switches are able to control the flow of data, output diagnostic data about the “health” of the network and facilitate maintenance for the workshop. However, they need to be configured so that the advanced features can be converted into time and cost savings in operation.

Unmanaged switches, on the other hand, are simple plug-and-play devices that have no intelligence and therefore do not need to be configured. However, they have the disadvantage of lacking any options for data flow, diagnostics and network configuration.

Switches higher than Layer 2 are strictly speaking not Ethernet switches but routers. For example, a Layer 3 switch performs switching based on the IP address assigned to Layer 3. Modern managed Ethernet switches are a mixture of an Ethernet switch and router. A managed switch supports hardware-based Layer 2 switching and offers some protocols and services that go beyond Layer 2, such as DHCP, IP routing, NAT. 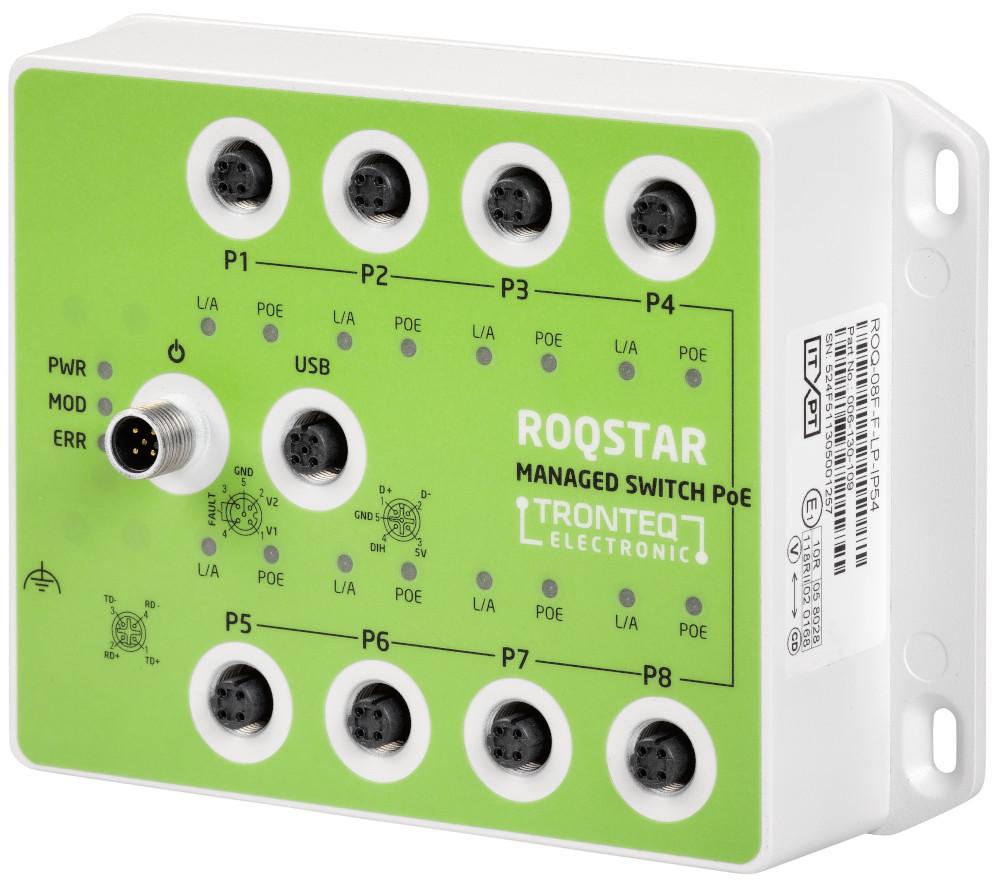 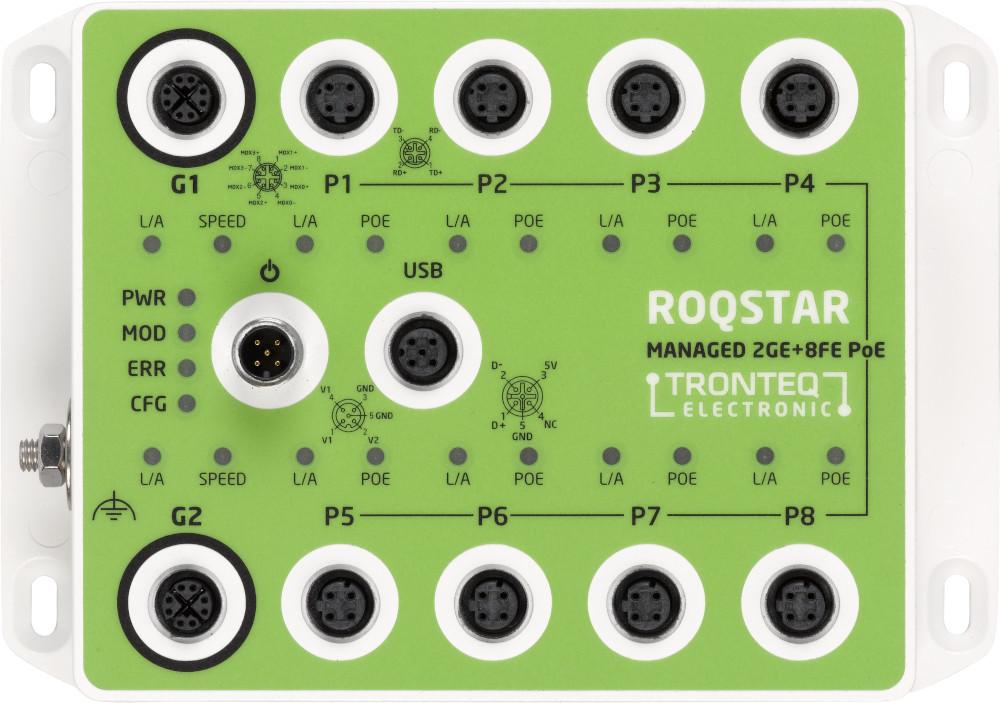 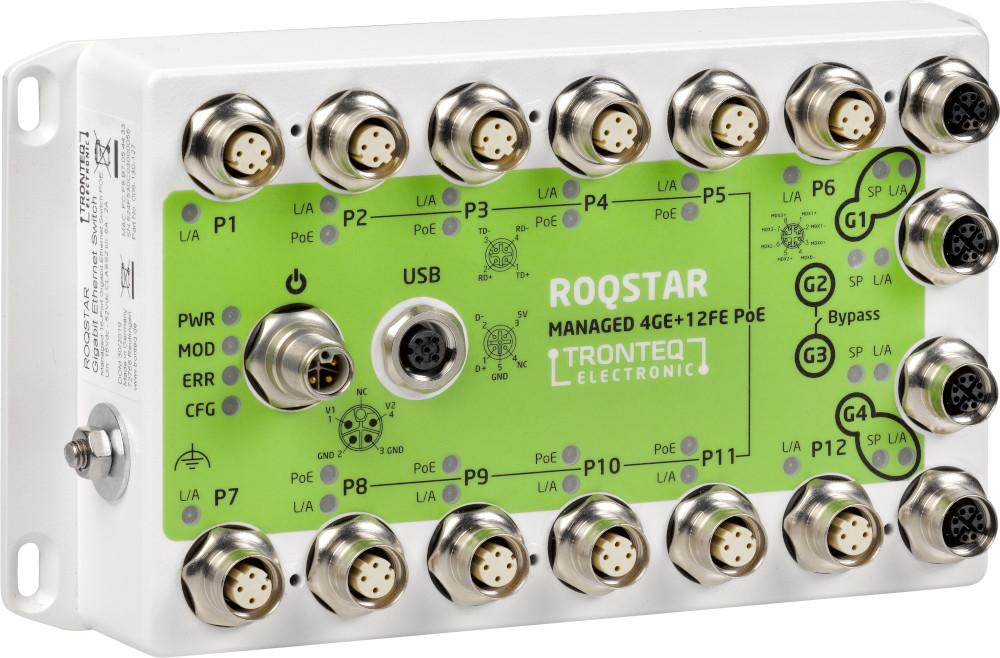 Are you interested in our IP solutions for public transport? Give us a call – we are here for you now!